How MLB hitters slow a game down that moves at 100mph

Reacting to a fastball coming in at 100 miles per hour is one of the most difficult feats in professional sports. A hitter has a mere four-tenths of a second to react to a pitch. When a baseball travels that quickly, the margin for error is razor-thin. A batter can have all the power in the world, but if their timing is off by a fraction of a second, that’s the difference between fouling off a pitch and parking a ball in the stands.

There are many muscle groups working in unison for a hitter, but no muscle group is more important than a hitter’s eyes. Although those ocular muscles can’t be “bulked up” in a traditional sense, there are ways for a hitter to train their eyes to see more clearly at the plate. That’s the mission of Bill and Ryan Harrison: the father and son duo behind the esteemed vision training company Slow the Game Down. They’ve worked with everyone from former MVP George Brett to the 2015 American League East Champion Toronto Blue Jays. Ryan is a certified sports performance vision trainer who helps pro and amateur athletes by using visual and mental drills to see better, which can translate to improved results on the field. He worked closely with the Blue Jays organization from 2011 to 2015, helping players like Jose Bautista, Kevin Pillar and Ryan Goins train their eyes.

When most people think of “vision”, their mind goes towards the typical “better or worse” lens test performed by an optometrist. Static vision tests barely scratch the surface for athletes like baseball players who rely so heavily on their vision for reaction time. Harrison says that all MLB teams perform a standard vision test on their players, but not all clubs administer an advanced baseball vision test. The basic vision test is black and white. It’s static, the person doesn’t move and it’s just basic standard clarity. Where baseball vision is more about contrast sensitivity, the ability to see under movement and also how the brain uses the eyes for depth and where they see the ball. The basic vision test is for basic visual skills like driving and walking the street.

A lot of players will say ‘I’ve already had my eyes checked’, but they’ve never really had a full-in depth baseball vision test. Testing vision is standard practice for most professional teams, but not all clubs go beyond the rudimentary eye exam. It’s modern practice for teams to employ their own internal high performance department, which may or may not delve into vision training. If vision training isn’t offered at the professional level, MLB players often seek out baseball vision training programs on their own accord.

There are 14 muscles of the eyes, 12 of which are involved in tracking a ball. And those muscles are very strong – they can’t get any stronger, but they could be more fluid and the neurons could fire a lot better. Under stress, those muscles tense up and the eyes don’t track as well and everything starts to look the same speed. Vision training is slowly gaining traction around Major League Baseball and many clubs see this avenue as a valuable tool.

Harrison notes that some clubs have adopted his teachings related to baseball vision, but others have yet to realize the tangible benefits of a program like “Slow the Game Down”. It’s a lot easier to work on strength and mechanics because you can see the benefits, the exterior side of it. With visual, some people think you either see or you don’t see. In pro ball, even though we’ve been doing this for a very long time, it’s still slow to adopt. As word gets around baseball and other professional sports, visual training is gaining prominence as an important resource. In the past, evaluators looked for fluid swings for hitters, but Harrison says good visual habits are paramount at the plate. ? You can have the most beautiful swing, but if you don’t see the ball, it doesn’t matter.

Ian Hunter Ian has been writing about the Toronto Blue Jays since 2007. He enjoyed the tail-end of the Roy Halladay era and vividly remembers the Alex Rodriguez "mine" incident. He'll also retell the story of Game 5 of the 2015 ALDS to his kids for the next 20 years. 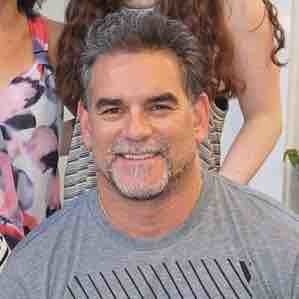